You are using an unsupported browser. Please update your browser to the latest version on or before July 31, 2020.

Note: in order to use the code posted in this article you need to be running at least version 4.0.16 or greater of Syncplify.me Server!

As you all know, Syncplify.me Server! already supports its own internal users, as well as Windows and Active Directory users (and groups, depending on the license type). Yet, some of our customers need to implement totally custom authentication methods, often based on their own user databases.

In this article, we will show one way to do so. This is clearly just meant to serve as an example, and real-life scenarios require some further customization to the DB and the script posted here. But it’s a fairly decent starting point.

So, the background scenario for this example is:

So let’s start taking a look at our user database:

As you can see, it’s pretty intuitive. Just 3 columns: UNAME contains the username, PWORD contains the SHA1 hash code of the password (all users’ password is “password” as stated above, that’s why in the screenshot all users have the same SHA1 in the PWORD field), and then there is a third column called CATEGORY that basically identifies which department the user belongs to.

Now, since none of the above usernames will actually be present in Syncplify.me Server!’s user-base, we need to make sure that Syncplify.me Server! allows them to at least try to authenticate. This can be done by creating a catch-all user profile in the main user-base, which is a user profile which username is only a single * (star/asterisk), as shown in the pictures here below. 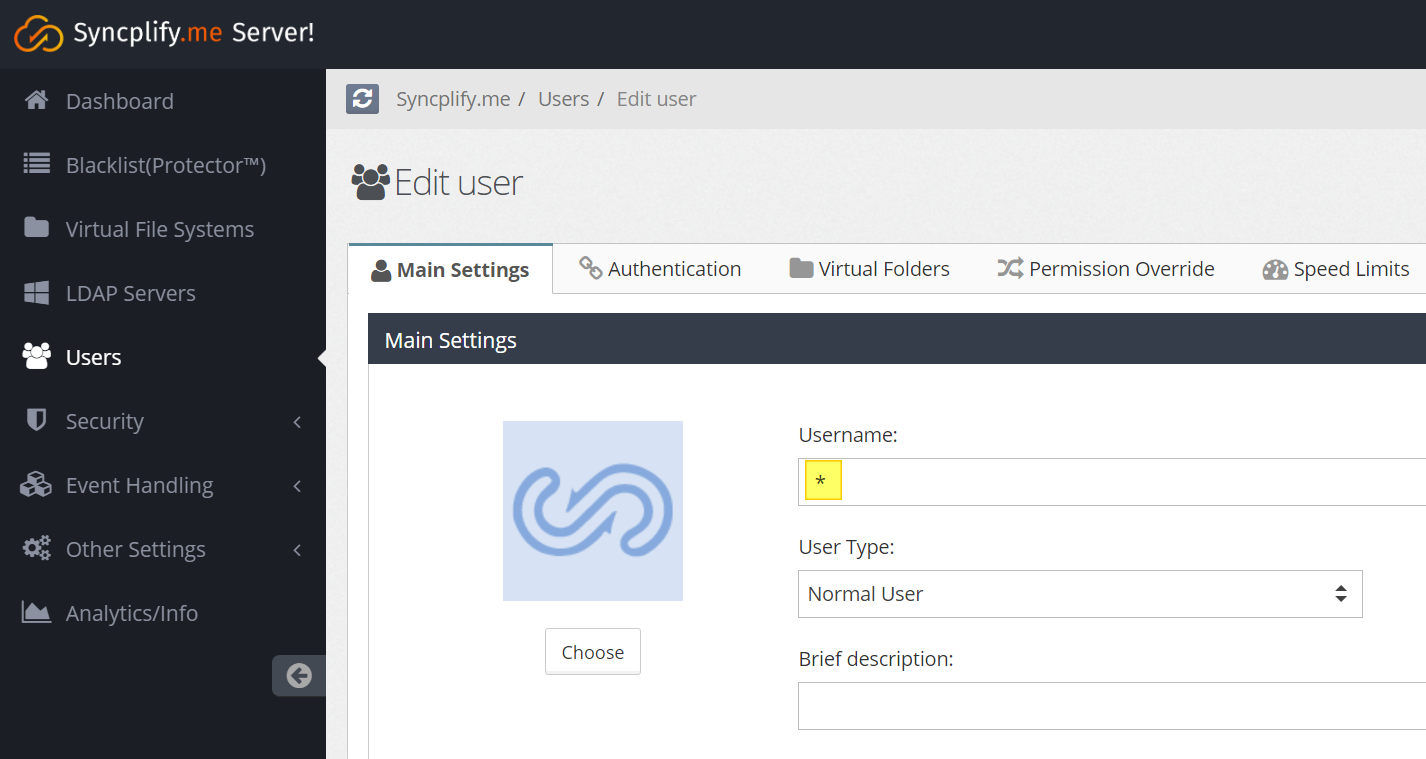 Now that we have a dummy “catch-all” user profile, we will need an actual user profile for each category (department) in our database, because these will be the user profiles our users will be impersonating after a successful authentication against our external database.

Now that everything is ready from a user configuration standpoint, we need to write a script that:

The script we need looks pretty much like this:

Here’s a screenshot of the Syncplify.me Server! Web Configuration Manager with the script properly associated with the correct event in the * user local Event Handlers tab.

And that's really pretty much all there is to it.

Your Syncplify.me Server! will now authenticate users against your custom database.

Feedback
0 out of 0 found this helpful

How to upgrade Syncplify.me Server! from V4 to V5
SFTP server on Windows: the definitive guide and "how to"
Placing users’ homes on shared folders